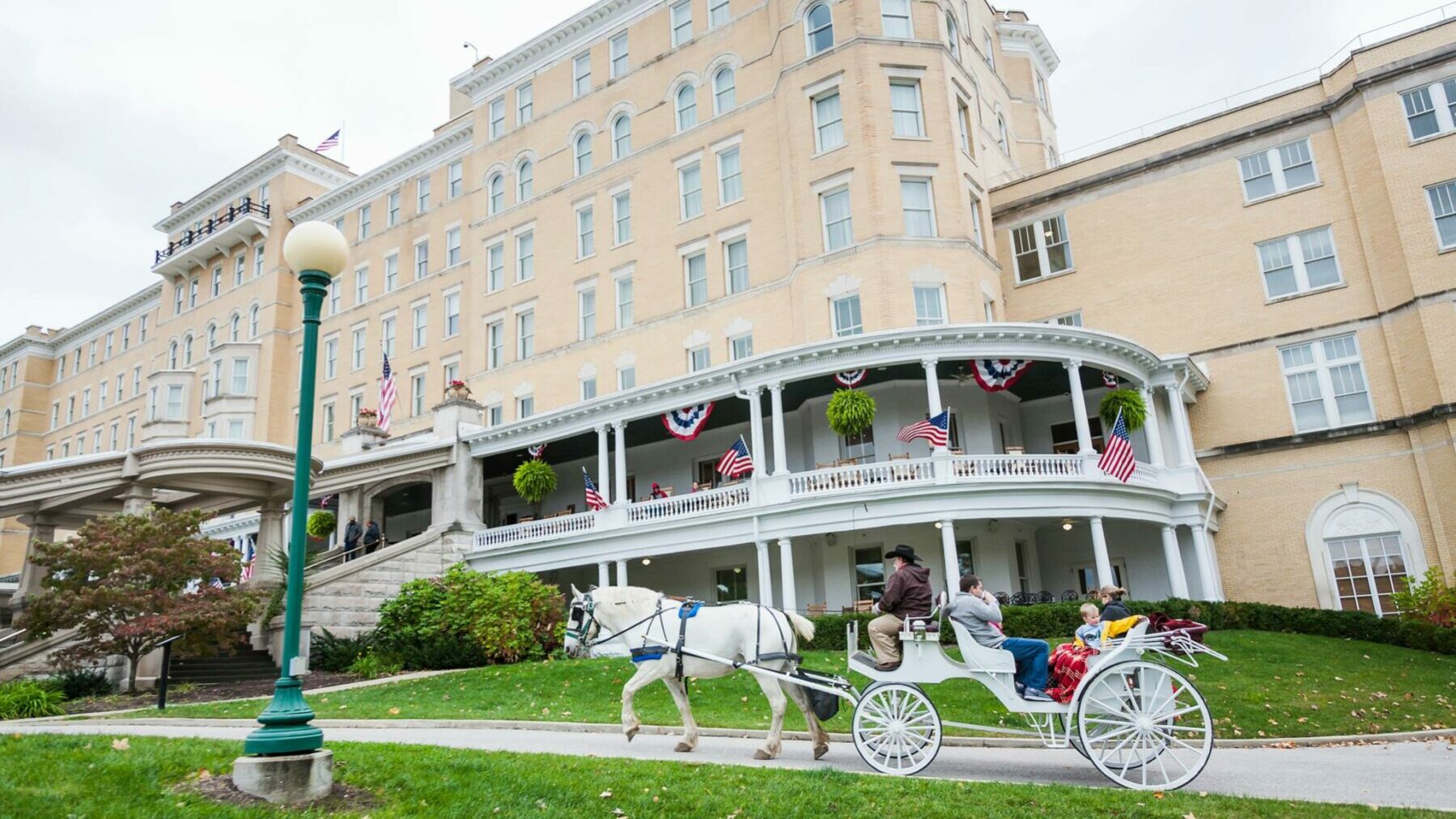 Come along as we reveal historic landmarks, museums, memorials, important artifacts, and spiritual communities that demonstrate life from an earlier time. Town-after-town and county-after-county, Southern Indiana is steeped with memories from our state’s past. They remain for you to commemorate Indiana’s heritage and the role it played in our country’s history.

Founded in 1732 by French fur traders, Vincennes is the oldest continually inhabited European settlement in Indiana. Its ideal location on the Wabash River provided a waterway for fur trading. Vincennes served as a capital of the Indiana territory from 1800 until 1813, when the government was moved to Corydon.

Vincennes is a quaint town bursting with historic destinations. The George Rogers Clark National Historical Park is the largest national monument outside of Washington D.C. Located on the site of former British Fort Sackville, this massive granite memorial commemorates the conquest of the Old Northwest Territory. Here, the 30-minute movie presentation tells the story of the capture by Colonel George Rogers Clark and his army of 170 frontiersmen and Frenchmen. This fort’s surrender in 1779 marks the expansion of the United States, north of the Ohio River. Park tours, exhibits, and gift shop help bring this important moment in history to life.

Another historic must-see in Vincennes is the Indiana Military Museum. With exhibits spanning the Civil War, WWI, WWII, Korea, Vietnam, Desert Storm, and more recent involvements, this museum has one of the broadest war collections in the Midwest.

Of both local and national historical significance, the former home of William Henry Harrison is named Grouseland. This was his residence during his term as Governor of the Indiana Territory from 1803-1812. Harrison later became the 9th U.S. president, but died only 31 days following his inauguration, serving the shortest tenure in U.S. history. You’ll learn about his fascinating military and political life during your Grouseland-Wm. H. Harrison Mansion and Museum visit. 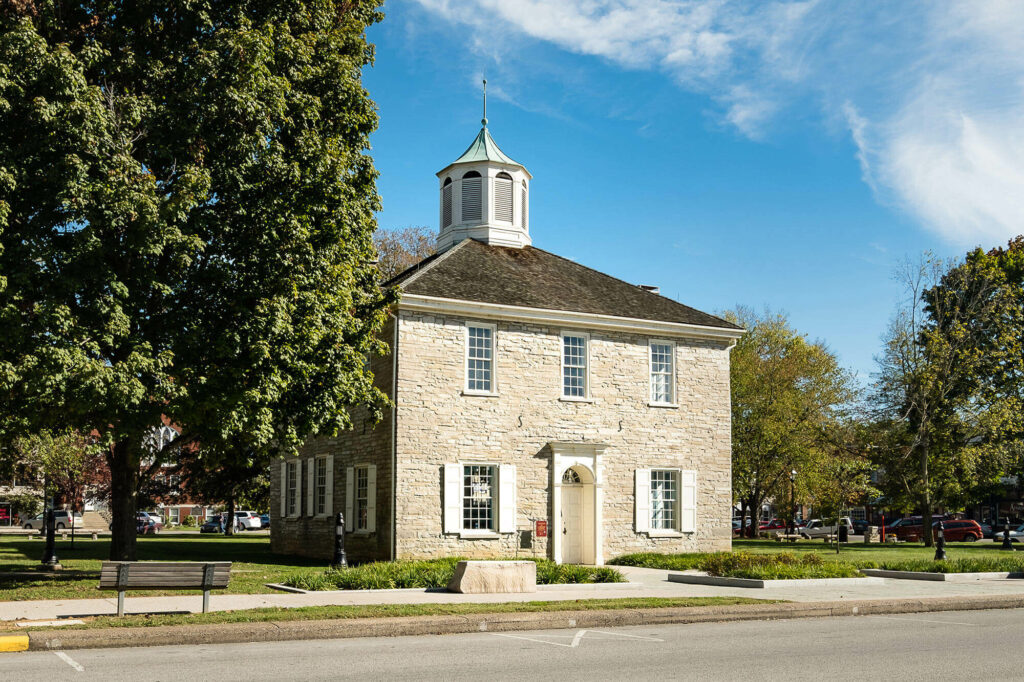 Corydon is the first state capitol and where our state constitution was drafted. Located in Harrison County, this town is close to the southern state border, just across the river from Kentucky. Founded in 1808, it first was the capital of the Indiana Territory. Then, Indiana officially became a state in 1816, following the first constitutional convention, held in June of that year. In 1825, the state capitol moved to Indianapolis.

Now, a portion of the downtown area is listed in the National Register of Historic Places. Here you can visit the Corydon State Historic Sites which commemorate Indiana’s early beginnings. The federal-style limestone building served as the state house and is available to tour. In addition, the Governor Hendrick’s Headquarters, which also served as his home, is open for tours. See where our statehood began, in Corydon, Indiana.

Lincoln Pioneer Village and Museum features 13 Lincoln-era, replica cabins and a museum with hundreds of artifacts from the early 1800s. A Pioneer Schoolhouse, the Lincoln Homestead Cabin and the Old Pigeon Baptist Church are open to explore. See furniture made by Thomas Lincoln, Abe’s father, who was a carpenter and farmer.

Spencer County is also home to the Lincoln Boyhood National Memorial in Lincoln City. Now a National Park, this is the actual Lincoln family farm site. From 1816 to 1830, he lived there from the ages of seven to 21 years old. The Living Historical Farm is a re-created and working pioneer homestead. Explore a cabin, outbuilding, and split rail fences. In addition, rangers in period clothing perform a variety of activities typical to those in the 1820s. Animals, gardens, and field crops make this a working farm. Abe’s mother, Nancy Hanks Lincoln, is buried there. 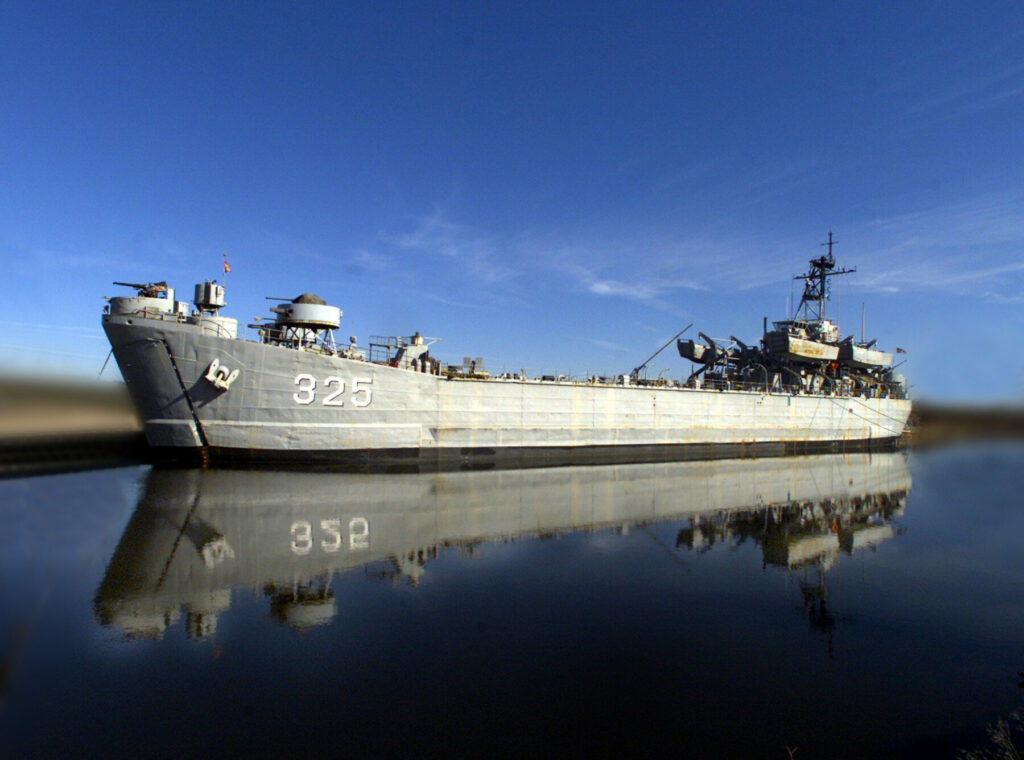 About an hour south of Vincennes, the Evansville area is home to historical sites from different eras. Did you know many LSTs (Landing Ship, Tank) were built in Evansville? These were developed during WWII to support amphibious operations, carrying tanks and troops from sea to shore. Now at her home port in Evansville, the LST-325 was in Normandy on D-Day. It is open for guided tours when it is in port 11 months a year. The LST-325 is a floating piece of history that is still fully operational. 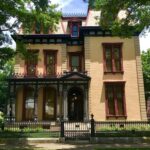 Completed in 1871, the Reitz Home Museum is one of the finest examples of French Second Empire architecture. Touring this home brings to mind elegance and grandeur. Lavish furnishings, silk-covered walls, hand-painted ceilings, delicate friezes, French gilt chandeliers, and intricate parquet floors all tell the story of the successful life of John Reitz and his family. He made his fortune in the lumber business, with his mill producing more hardwood lumber than any other in the country. Get a glimpse of an extravagant Victorian lifestyle, while learning about Reitz’s contribution to Evansville’s early growth.

In nearby Newburgh, Civil War history, early transportation on the Ohio River, and the development of a river town are illuminated at The Newburgh Museum. Open on Fridays and Saturday, admission is free. 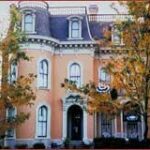 The splendor of the late 1800s are on display at the Culbertson Mansion State Historic Site. Take a guided tour of William Culbertson’s luxurious mansion and see its hand-painted ceilings, carved staircase, marble fireplaces, and elaborate plasterwork. The three-story, Second Empire mansion has 25 rooms and measures 20,000 square feet. While Culbertson made a fortune in the dry goods business, he shared his wealth through philanthropy and local civic projects. 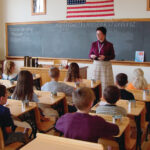 Recognized as one of the last remaining African American settlements in Indiana, Lyles Station was founded by free black men in the mid 1800s. Because he donated six acres, the settlement was named after Joshua Lyles in 1886. During your visit to Lyles Station Historic School & Museum, you will experience a day in the life of a resident. Now on the National Register of Historic Places, the school was the most prominent building in the community, demonstrating the importance of education. Farming was a way of life for most in Lyles Station. Artifacts from working the land and living during this time are on display in the museum. 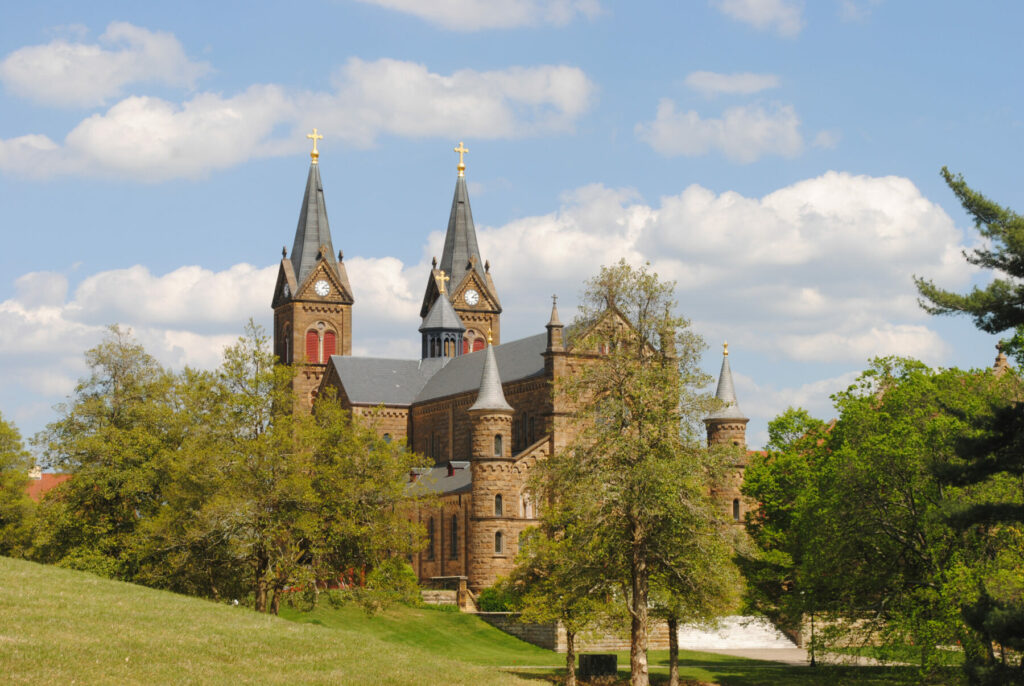 There are only two archabbeys in the United States, and one of them is the Saint Meinrad Archabbey located in the town of Saint Meinrad. The St. Benedictine monks founded this spiritual place in 1854. Today more than 80 monks still live by the Rule of St. Benedict. They operate a Seminary and School of Theology, educating priests, deacons, and lay ministers for the Roman Catholic Church. Guided tours are available on Saturdays, while self-guided walking tours can be taken anytime. The gift shop is open seven days a week.

Southern Indiana has a spiritual heritage that touches several communities. Monastery Immaculate Conception dates back to 1867. That was when the Sisters of St. Benedict came to Ferdinand to work in the community while maintaining the Benedictine life. Now listed in the National Register of Historic Places, the extensive grounds include gardens, Stations of the Cross, a labyrinth and three shrines. Guided tours are available. While on site, treat yourself to a local favorite. Monastery Baked Goods cookies are available in the gift shop. 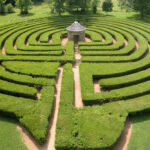 Two prominent Utopian communities were created in the early 1800s in Posey County. The intent was to abolish social classes and share wealth. To this day, New Harmony attracts people who go against society’s norms to pursue a life of higher purpose. Several historic structures and landmarks were inspired by early New Harmony residents designed to appeal to deepening spirituality. A labyrinth constructed from hedges represents a path to God and is a peaceful place to contemplate. The Roofless Church is an architectural marvel symbolizing the welcoming of all faiths. Discover this aspirational way of life while visiting. 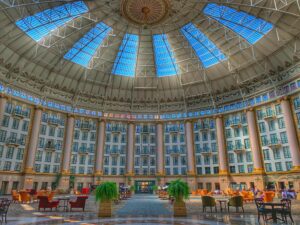 In the mid 1800s, the natural sulfur springs and their healing properties were the inspiration for the French Lick and West Baden Springs Hotels. The railroad brought visitors and “patients” from across the United States and abroad to French Lick for healing and respite. During those early years, patients were prescribed time soaking in the various spring houses and even drinking varieties of mineral waters.

Today, the spring house structures remain, but the springs themselves have been filled in. Now, a guided tour informs guests of the boom and bust histories of both the French Lick and West Baden hotels. Designed for luxury and relaxation, these resorts still seek to heal through stunning surroundings, pampering, recreation, music, relaxation, and entertainment.

Southern Indiana is rich in history in so many ways. The birth of our state originated here. Strong U. S. military ties are connected to Southern Indiana. Presidents have called Southern Indiana their home. Many types of spiritual and healing communities have been established there.  Successful men made their fortunes and built extravagant homes there. Discover them all, and uncover the past in Down Home Southern Indiana.

Exciting Family Fun in Down Home Southern Indiana
May 12, 2022

So Many Wineries, Breweries, and Distilleries in Down Home Southern Indiana
April 14, 2022